Last year, the English Premier League (EPL) completed its 25 years since its creation in 1992. During this time frame, there were the highest goal scorers and the teams with most of the titles. No matter how great a fan you are of the Premier League, you might not know all the facts about the league, such as the players who scored penalties with both feet, the goalkeeper who has five assists, etc.

In English Football, the Premier League is the highest tier football competition and the most watched league. Therefore, it comes with its own set of lesser-known facts. In this article, you’ll find 11 great facts about the game that you might not have heard before.

1. Players who got penalties with both feet
There are two players who have scored penalties in the Premier League with both their feet, namely Obafemi Martins and Bobby Zamora. 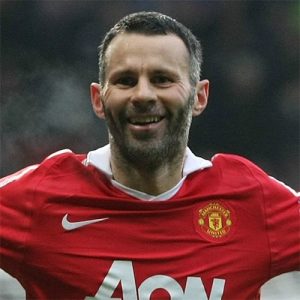 3. The only goal assist of Mario Balotelli
Mario Balotelli has just one goal assist to his name out of his 70 appearances in the English Premier League. This was for the title-winning goal of Sergio Aguero vs. QPR (Queens Park Rangers F.C.) in the final seconds of the 2011/12 season match. This assist is deemed as one of the best, which won Manchester City its first title within 44 years.

6. The first goal of Premier League
The very first EPL goal was for Sheffield United, which was scored by Brian Deane. It was against Manchester United on August 15, 1992, the year in which the Premier League was founded. 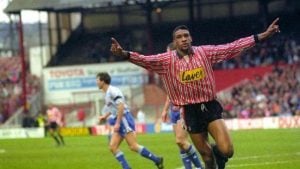 7. Teams that won the Premier League on one occasion
Leicester and Blackburn are the two teams that have won the EPL at one time, which is in 2015-16 and 1994-95 respectively.

8. The player who scored most goals
Alan Shearer has scored a total of 283 goals in his career of 20 years for Southampton, Newcastle United, and Blackburn Rovers. Moreover, Shearer has scored 30 goals in the Premier League in one season on three occasions, that is, in 1995-96, 1994-95, and 1993-94. He has the most hat-tricks, that is, 11 in the EPL. Shearer also holds the record for the most number of penalty goals, that is, 58.

9. The player who has played all football seasons of his career
Ryan Giggs is the only player in the Premier League who has played in all the 21 match seasons of his career. Giggs is a great player who is the first to win two continuous awards, that is, PFA Young Player of the Year in the year 1992 and 1993. Above, you can see one more fact about this player! Moreover, Giggs has also hosted his own TV show, namely Ryan Giggs’ Soccer Skills, in the year 1994.

10. The club with maximum titles
Manchester United has won a total of 13 EPL titles, which is the largest number won by any team. Only five teams out of a total of 45 in the PL have won the title. The Red Devils have also won the most number of divisional titles, that is, 20 and the most number of FA Community Shields, that is, 21. Moreover, in the year 1999, Man United got the title of the first British club that won the International Cup. 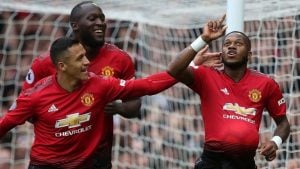 So, these were some crazy facts about the Premier League that you might not know. These bizarre facts can also work as a great group game with your football-loving friends who can try to identify the managers, teams, or players in these facts.