In June this year, the International Football Association Board (IFAB) – the independent body that determines the laws of football, and made up of FIFA and the four British home football associations – proposed a number tweaks to the existing football rulebook. The ideas have been put forward to IFAB by stakeholders in the game to help tackle “on field issues” and eradicate football’s “negativities”.

The new projected football laws have been outlined in the IFAB’s “Fair Play strategy”, which has three main aims:

The document proposes that the time structure of the beautiful game may not be 90 minutes long and consisting of the two 45 minute halves. The Fair Play strategy highlights that the average  Premier League  games has fewer than 60 minutes of “effective playing time” due to the countless number of stoppages and time-wasting. Often, time is lost due to throw-ins, substitutions, injuries and exchanges in views with the referees et cetera. 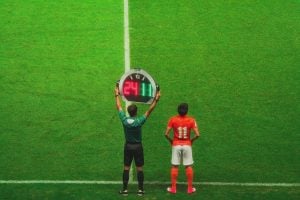 For example, last season in the Premier League, no clubs averaged more than 58.1 minutes of playing time per game. Therefore, if the game-length is shortened and the clock is regularly stopped, it will allow for a considerably more efficient game of football. As a result, fans will be getting more for their money as an extra few minutes will be played per game, in comparison to at present.

Therefore, this begs the question of whether football is good value for money for fans. Time wasting is a frequent feature in games, particularly this 2017/18 season. Towards the beginning of the season, Burnley hosted West Bromwich Albion at their home ground of Turf Moor, and left many in discussions about time-wasting in sport. In the 90-minute game, there were only 47 minutes and 40 seconds of “effective playing time” between the two clubs – the ball was ‘in play’ for only 160 seconds more than it was out.

Instead of two 45 minute halves, IFAB intend to replace it with two periods of 30 minutes, with the clock being paused each time the ball goes out of play. 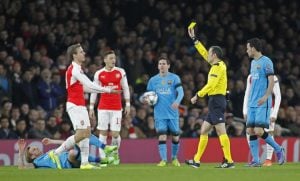 Some took to the idea with open arms; some were much more critical.

Former Chelsea striker, Gianfranco Zola, is in favour of the proposal to cut matches to 60 minutes. He told the BBC: “I personally like this rule because there are so many teams who try to take advantage of it because they are winning and wasting time – so I think it is not a bad rule.”

However, fans of the beautiful game aren’t so keen on the idea. Even though the new proposed plans to have two 30 minute halves, which effectively means players will be playing more football, the idea just isn’t sitting comfortably for many.

Ticketgum.com conducted a survey to find out what footballing fans think of the main idea from the Play Fair report: football time being decreased from 90 to 60. The results found that: 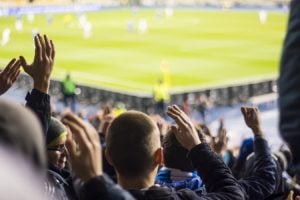 When speaking to fans, some were more than happy to be vocal on the matter at hand:

Scott, from Southampton, said: “This is nonsense. We’ll end up with 60 minute games and 2 hours of adverts. Instead of doing this, why don’t IFAB clamp down on time-wasting so we can go back to seeing 90 minutes of actual football?”

James, from London, said: “This is exactly what football needs. Time-wasting has got increasingly worse each season, it’s about time they put an end to it, especially when you’re paying £30+ for a matchday ticket and over £500 for a season football match ticket to watch the ball out of play more than it is in the pitch.”

Tom, from Hertfordshire, said: “This is football. A game of constant change and styles. It does not need to be altered.”

Are we just scared of change? Possibly.

But let’s face it, although a drastic change, fans will be getting more for their money. Despite the uproar from fans across the country, the prepositions are not set in stone as each change requires a two-thirds majority between the board’s members of England, Scotland, Wales, Northern Ireland and the block vote of FIFA.