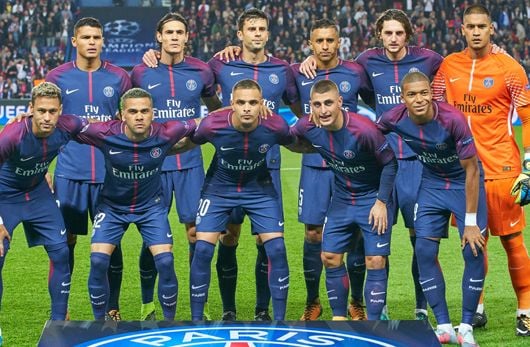 Our site is secured by RapidSSL 256-bit SSL. Secure Sockets Layer (SSL) is a protocol for enabling data encryption on the Internet. RapidSSL Certificates help us keep our customers transactions secure with strong encryption.
All Events Home Events Away Events
Latest Ticket Bookings
04/08/2021 23:44 Luke S from United Kingdom booked 2 tickets to Liverpool Vs Brighton FC04/08/2021 17:31 Stephen O from Ireland booked 2 tickets to Liverpool Vs Crystal Palace03/08/2021 18:49 Emma B from United Kingdom booked 2 tickets to Arsenal Vs Aston Villa03/08/2021 15:12 Mark M from Tajikistan booked 2 tickets to West Ham United Vs Manchester United03/08/2021 14:03 Natalie M from United Kingdom booked 2 tickets to Manchester United Vs Everton
Latest News
26/02/2020 How To Spot Fake Football Tickets: A Guide
Unfortunately, online ticket fraud is becoming increasingly popular. While some tickets may be genuine, many are fake. In fact, over the course of the season, a...10/02/2020 THESE World Famous Goals earn THOUSANDS on YouTube!
Let’s be real, watching your favourite team scoring goals is the best part of the beautiful game. We all know that feeling of pure elation when your team scor...31/01/2020 The Premier League has the most loyal players in Europe
The idea of loyalty in football is seen as being something of the past, considering the game is a lot more “money” orientated, meaning players are a...15/01/2020 The Most Competitive of the Top 5 European Leagues in the Last Decade
Which is the best league? What is the most competitive league in Europe? It is a debate that rages on through many matchdays and drinking sessions down at the p...14/01/2020 How Much Did Premier League Goalkeepers Earn for EVERY Goal They Conceded Last Season?
How Much Did Premier League Goalkeepers Earn for EVERY Goal They Conceded Last Season? With the Premier League well underway, it can be a frustrating time for b...

Paris Saint Germain FC, but more often than not it is shortened to simply "PSG", are a French professional football club based in the city of Paris. The club typically plays in the highest tier of French football, Ligue 1, and traditionally wear red and blue kits.

Paris St. Germain F.C. was formed in 1970 as demand arose for an elite football club in Paris, making it a relatively new team. Local businessmen decided to merge Paris FC with Stade St. Germain, a team who had just been promoted to the Ligue.

PSG won several titles throughout the 1980s and 1990s, including their first Coupe de France win in 1982 and their first Ligue 1 title in 1986. The team reached a coveted peak when it won the UEFA Cup Winners Cup in 1996.

However, after a successful run, the 2000s did not begin well for PSG. The team was close to being relegated a number of times, but despite this, they won the UEFA Intertoto Cup in 2001. The club started to stabilise again in 2011 under new management, when it was purchased by Qatar Sports Investments.

What is Paris Saint Germain's Most Successful Period?

PSG's most successful period was in the 1990s, when the team won a number of titles - most notably the UEFA Cup Winners Cup in 1996, and the triple win of the Coupe de France, the Coupe de La Ligue and the Trophée des Champions in 1998.

How to Buy Paris Saint Germain Tickets on Ticketgum?

To buy tickets for a Paris St. Germain game, do the following: