The English Premier League 2016-17 is the 25th season of this famous football championship, which is the top professional league for English association soccer clubs. This football league commenced in 1992 and since then it has remained the best one.

The latest season of the Premier league started on August 13, 2016 and will end on May 21, 2017. In this championship, Leicester City became the defending champions. Hull City, Middlesbrough, and Burnley entered the EPL as the 3 promoted football clubs from the Football League Championship of 2015-16. 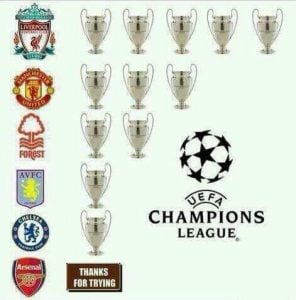 Till now, 269 football matches have been played with total a score of 762 in the league. The top goal scorers so far are Harry Kane, Romelu Lukaku, and Alexis Sanchez. Each of them has scored 17 goals. Besides this, the biggest football home wins include AFC Bournemouth, which scored 6 to 1 against Hull City on October 15, 2016.

When it comes to the performance of football clubs in the English Premier League so far, Manchester United has played 10 Premier League games without any defeat, Liverpool was defeated only once in 17 league games and Manchester City won 6 consecutive games to open the season. Moreover, Arsenal won 6 straight games after the opening of the 2016/17 season.

The achievements of Antonio Conte at his team Chelsea has changed the rules, since only 1 football team in the history of the EPL has matched this run. The current top 6 football teams in the English Premier League have played 85 matches so far against the teams that rank seventh and below. Among the matches played, the football clubs have won 64 matches, drawn 16 matches, and lost 5 matches.

The contrast is also seen when we compare it to the other chief football leagues of Europe. 15 football clubs in the top 5 leagues of Europe have scored points at a rate of more than 2 in each of their game. The Premier League can enhance 5 of these 15 clubs. 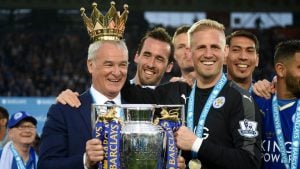 The final of the UEFA Champions League is scheduled to be played at the Millennium Stadium in Cardiff, Wales. Whichever team wins this popular football tournament will be qualified as the representative of the UEFA in the FIFA Club World Cup of 2017, which will take place in UAE (United Arab Emirates). In addition, the winners will also get to play against the winners of the UEFA Europa League of 2016-17 in the UEFA Super Cup 2017.

A total of 108 football matches have been played in the UEFA Champions League and a total of 333 goals have been scored. The top goal scorer is Lionel Messi of Barcelona with 11 goals. Edinson Cavani of Paris Saint-Germain comes next with 8 goals. Then, there are Pierre-Emerick Aubameyang and Robert Lewandowski of Borussia Dortmund and Bayern Munich respectively. Both of them have scored 7 goals each. 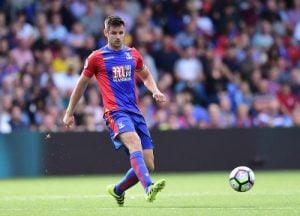 In fact, Tottenham can achieve its highest ever total in the era of the EPL and still only get the Europa League football as the award. The last 7 games between the top 6 teams of the Premier league have generated only 15 goals in total. And, the victory of Liverpool over Manchester City with a score of 1 to 0 shows how cagey the English Premier League is in its latest season.