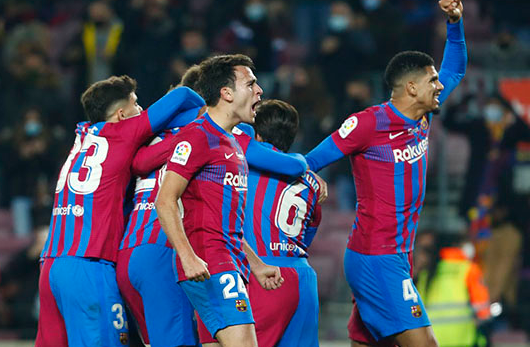 Our site is secured by RapidSSL 256-bit SSL. Secure Sockets Layer (SSL) is a protocol for enabling data encryption on the Internet. RapidSSL Certificates help us keep our customers transactions secure with strong encryption.
All Events Home Events Away Events
Latest Ticket Bookings
11/08/2022 10:28 Kevin M from United Kingdom booked 1 tickets to Arsenal Vs Everton11/08/2022 10:30 Stig R from Norway booked 2 tickets to Tottenham Vs Leeds United11/08/2022 08:23 Greg B from Australia booked 1 tickets to Arsenal Vs Liverpool11/08/2022 04:14 Ed W from United States booked 2 tickets to Arsenal Vs Crystal Palace11/08/2022 04:00 Brian H from United States booked 2 tickets to Tottenham Vs Leicester City
Latest News
13/07/2022 10 Biggest Premier League Football Rivalries | Ticketgum
Football derbies are one of the things that makes the Premier League the best in the world. Games such as Man United vs Liverpool, Tottenham vs Arsenal and Live...26/02/2020 How To Spot Fake Football Tickets: A Guide
Unfortunately, online ticket fraud is becoming increasingly popular. While some tickets may be genuine, many are fake. In fact, over the course of the season, a...10/02/2020 THESE World Famous Goals earn THOUSANDS on YouTube!
Let’s be real, watching your favourite team scoring goals is the best part of the beautiful game. We all know that feeling of pure elation when your team scor...31/01/2020 The Premier League has the most loyal players in Europe
The idea of loyalty in football is seen as being something of the past, considering the game is a lot more “money” orientated, meaning players are a...15/01/2020 The Most Competitive of the Top 5 European Leagues in the Last Decade
Which is the best league? What is the most competitive league in Europe? It is a debate that rages on through many matchdays and drinking sessions down at the p...

FC Barcelona, also known as "Barça" for short, are one of the most well-known and successful football clubs in the world. Located in Barcelona, Catalonia, Spain, to this day, Barca remains a significant part of Catalan identity.

The club was founded in 1899 in Barcelona, Catalonia, Spain, by a group of Catalan, English and Swiss footballers headed by Joan Gamper. Under the management of Gamper for 25 years, the team showed great success in its first years as it competed in a number of regional and national cup games. From 1910 to 1913, the team won the prestigious Pyrenees Cup four consecutive times, and in 1928, the team won the Spanish Cup. However, the club steadily declined due to Gamper's suicide, the assassination of club president Josep Sunyol, the Spanish Civil War and the occupation of Catalonia in the 1930s. This unfortunate series of events marked a difficult time for the team, which failed to succeed nationally and abroad during this time.

Things started to pick up for the team in the 1940s and '50s, as it won the Copa del Generalissimo in 1943, the La Liga in 1945, and 5 different national trophies in 1952. However, the next two decades marked another period of decline. It wasn't until 1978, when Josep Lluís Núñez was elected as club president, that marked success for the club. Josep's goal was to turn Barcelona into a world-class club and bring home the silverware, which began to come true in 1979 when the team won its first ever Winners’ Cup, the La Liga and the Copa del Rey in the following years.

The nineties marked another turning point for the team with new manager (and best manager to date) Johan Cruyff. The players he assembled together took Barcelona to new heights – with wins in the UEFA Cup, the European Super Cup, the European Cup, and the Super Copa de España throughout that decade. Unfortunately, the early 2000s marked yet another decline in the team's achievement, with a frequent changing of managers and general instability. But once again, the club bounced back in the 2004-05 season winning both La Liga and the Super Copa de España. The following years were marked by the entrance of star players such as Ronaldinho and Messi, and Pep Guardiola as manager, who led the team to a string of victories in the UEFA Cup, the UEFA Super Cup and the FIFA Club World Cup.

The 2015-16 season was hugely successful for the team, as it won the FIFA Club World Cup for the 3rd time, La Liga for the 24th time, the Copa del Rey for the 28th time, the Super Copa de España for the 12th time, and the UEFA Super Cup for the 5th time.

What is Barcelona's Most Successful Period?

Despite their success over the years, Barcelona has experienced unprecedented success over the last decade, from the 2008-2009 season, to 2017-18, when they won a staggering 27 competitions. In particular, the 2015-16 season was one of the best football years for the team, where the team won a number of competitions. Their achievements include coming first in the La Liga, first in the Copa del Rey, and came champions in the EUFA Super Cup and the FIFA Club World Cup. In addition, they also qualified for the Champions League and reached the final of Super Copa de España.

How to Buy Barcelona Tickets on Ticketgum?

To buy tickets for a Barcelona game, do the following: