Unai Emery is set to be appointed as the new manager of the Arsenal football club. Mikel Arteta, the foremost managerial candidate of Arsenal was rumored to be the successor to Arsene Wenger. Arteta is the current Manchester City Lieutenant and a former Gunner.

This was when Wenger broke off his reign of 22 years at the Emirates in the month of May this year, 2018. Some even say that the arrival of Arteta was impending and his transfer budget was supposedly already decided. In fact, whispers of prospective signings were all through the columns.

But then later in the month of May, Unai Emery was suggested to be the new boss of the Gunners. The 46-year-old Spaniard was the unanimous choice. He left the Ligue 1 champions PSG (Paris Saint-Germain F.C.) and arrived at the giants of the Premier League. 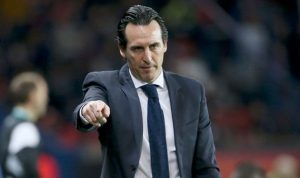 After Wenger announced that he’ll leave Arsenal, the club was left with a quandary. This means whether they should appoint a boss that has established European qualifications or whether they should go for a questionable romantic candidate, as they did 22 years ago with Wenger. The club went for the former option.

According to the Chief Football Writer of BBC, Phil McNulty, Arsenal chose Emery as their coach since he was a safer option who can apply his management skills to the team. Nevertheless, there are some significant obstructions to the potential success of Emery at The Emirates, even though he is still a less unsafe option as compared to other coach options for Arsenal.

First of all, Emery doesn’t have fluency in English. Second, he hasn’t been tried in the Premier League. However, Emery will fit nicely in the list of bosses of the English club, while adding his individual tactics to the play.

Career – Achievements
Chronologically, the career graph of Emery has its participation at Almeria, Valencia, Spartak, Moscow, Sevilla, and the most recent PSG.

Emery had a winning domestic season. But, this couldn’t stop his discharge from the duties after an unsatisfactory round of Champions League of 16 against Real Madrid, which is known as the impetus for his downfall. He even spent an excessive amount of money for bringing people like Jylian Mbappe and Neymar to the club and still that couldn’t save the match. 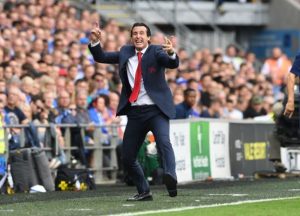 Emery has a nice CV, which comprises of 3 consecutive Europa League crowns when he was at Sevilla. In addition, he has also won 4 domestic titles and one French league title with Les Parisiens. This was sufficient to convince Gunners that Emery can handle the enormous task of substituting a true legend of football.

Playing style
Emery’s fans only know about his game style via his time at PSG, they are perhaps ignorant about the chosen approach followed by the Spaniard.

Henry Winter of The Times said that the teams of Emery are quite successful when they play on the counterattack, just like in the case of Seville. The chosen approach of Emery seems to be 4-2-3-1, while he can also identify Lucas Moura and Vicente Iborra when he visits England. Moreover, Emery’s team, Seville, pressed way more as compared to Wenger’s team, Arsenal.

Emery has used limited resources and has still done well, which might be of interest to Stan Kroenke and Ivan Gazidis. Only a decade ago, Emery was celebrating the win of modest Almeria over Real with 2-1 at home while coming at the 8th position. 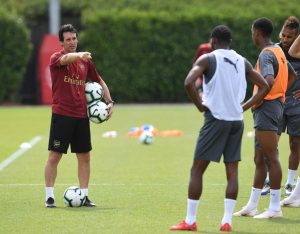 Jason Burt of the Telegraph said that Emery is thorough in his work approach. He adds that the new head coach of Arsenal gives his best and tries everything to excel.

Emery’s association with other coaches
Unai Emery has bragging rights over Jurgen Klopp, the manager of Liverpool after strategically outperforming the German in the Europa League final of 2016. Moreover, Adam Crafton of The Daily Mail reports that Emery is friends with Pep Guardiola since Emery was one of the few coaches who were frequently invited for a glass of wine after the match with the Catalan when he was managing Barcelona.

However, Emery is not a big fan of Jose Mourinho. This was evident when he had his stint with Valencia. He said that the stance of Mourinho is like a crybaby who makes up a list of errors and publicly complains about them every time he’s badly affected, which others don’t.

The reaction of football personalities
Even though Arsenal fans had a shock when Emery was announced the new Arsenal coach, after a while the football world took this decision in a brighter light. Piers Morgan, a famous media personality and Arsenal fan stated that Emery is a winner, which was supported by Guillem Balague, the esteemed Spanish football celebrity.

Balague tweeted that Emery is a great coach with his quick adapting skills. He said that Emery is meticulous and thorough, which was missing at AFC. He further adds that the Spaniard will add structure and purpose to the club, thus making the players aware of their responsibilities and obligations while making them leave their comfort zone.

In fact, many other football personalities have praised Emery as a winner with 8 trophies to his name within 13 years of his football management career. However, there are still a few fans that are not happy with this move.