12 Must Know Facts about Liverpool FC

The Liverpool Football Club is quite famous for its numerous achievements. In fact, it’s one of the world’s biggest football teams. This might be your favorite club still, you would not know the most basic things about it, like how it was formed, that the club used to play in blue in the beginning, etc. This article will update your knowledge about Liverpool FC so that when you brag about your favorite football team, you can add some interesting facts.

The success was sparked by Bill Shankly, their encouraging leader. Now, in the 90s and 21st century under Jurgen Klopp, there is a lack of success comparatively. The club has won five European Cups, 18 League Titles, three UEFA Cups, eight League Cups, and seven FA Cups.

2. Liverpool’s stadium belonged to their rivals Everton
Not many people know that the current ground of Liverpool Football Club, Anfield, was of Everton FC in 1884. However, in 1891, Everton FC moved to Goodison Park owing to a rent argument. The president of the club at that time, that is John Houlding, was then given the rights to Anfield stadium but he didn’t have any team that can play on it. Nevertheless, Anfield became Liverpool FC’s home. 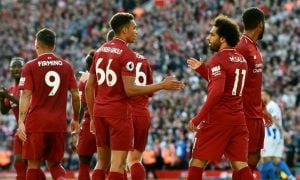 3. Scottish influence
John Houlding required a football team in 1892. He chose it by going to Scotland where he signed 13 players. This was when the current Liverpool Football Club was created. In fact, there was no league that Liverpool won without any Scottish player.

4. Blue was the former color
Liverpool’s color wasn’t red since the beginning. The original color of the club was white and blue stripes, whereas its rival team Everton used to play in red color. It was only in 1896, that Liverpool wore red shirts for the first time. They paired these shirts with white-colored shorts.

5. Not so popular before
Liverpool wasn’t so popular since the beginning. Even though it originally had a stadium with a capacity of 20,000 spectators, just 100 supporters appeared for the very first game of this football club.

6. Early success
In 1893, Liverpool became a part of the Football League. It then got promoted to the first division following a second division in one season. Liverpool Football Club got early success when they won League titles in 1923, 1922, 1906, and 1901.

7. Defeated arch-rivals
In the very first season of Liverpool in the Football League, they got the second division without being defeated. They won over Newton Heath with a 2 for 0 score. Newton Heath later came to be known as Manchester United.

8. The gruesome history of the Kop
In 1906, the Spion Kop was founded. It was named after a battle that took place during the Boer War. In this, more than 300 men belonging to the Lancashire regiment died, out of which many were from Liverpool.

9. Betting scandal
Liverpool was caught up in a betting scandal in the year 1915 owing to which four of its players were banned.

10. Incessant success
The team of Bill Shankly came at the eighth position when they returned to the first division and since then Liverpool Football Club has not finished below than that. The former stopper, Raj Clemence, claims that Jurgen Klopp is very much alike to the manager Bill Shankly of Liverpool. Bill Shankly has revolutionized the fortunes of the club. 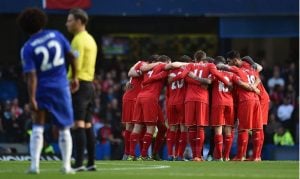 12. Achievements of Liverpool FC and its players
⦁ Robbie Fowler has the record of Barclays Premier League and Liverpool as scoring the quickest hat-trick only within 4 minutes and 33 seconds.
⦁ The first European Cup won by Liverpool was in 1977 when they defeated Borrusia Moenchengladbach with the score of 3 is to 1.
⦁ Xabi Alonso, the former player of Liverpool holds the English record of hitting a goal from the longest distance, that is, 64 yards in open play.
⦁ In 1985, Kenny Dalglish was the first player and manager in English soccer.
⦁ During the end of the 20th century, Liverpool won 44 cups in total. This included 18 League titles, four times Division 2 titles, six times FA Cup, six times League Cup, one time League Super Cup, four times European Cup, three times UEFA Cup, and two times European Super Cup.
⦁ Ian Rush was the greatest striker of Liverpool, who played 668 times for Liverpool Football Club with 346 goals in all contests. This makes him the greatest goal scorer in Liverpool’s history.
⦁ The biggest away success for Liverpool was against Birmingham when the club scored 7 for 0.
⦁ The youngest player of Liverpool was Michael Owen who appeared for his nation, England. During this time, he was only 18 years and 59 days old.