If you are a fan of English Premier League (EPL) football, then you must have heard news about the FA putting a cap on the maximum number of foreign players from EU countries allowed in premier league teams. While earlier a maximum of 17 non-British players could be played, the currently proposed cap seeks to reduce the number to 13. The implications of this regulation, if it passes through, will surely be widespread, but there is no need to panic yet.

Most sites are currently churning out articles that are all doom and gloom about the fate of the EPL and the effect on its popularity this move will have. But, the situation requires a more nuanced look to ascertain how it might affect each premier league club’s as well as the league’s long-term prospects. So, let us take a close look at the various aspects of this cap.

Why did this proposal come up?
When it was time to draw up a rooster for the English National team going into the FIFA World Cup in Russia, only 62 out of the total 220 starters from the top clubs met the eligibility standards. Another statistic that worried national selectors and governing body members was that 67% of the gameplay in the previous season of the EPL was by foreign players.

The common consensus is that exposure to top talent from across the continent is imperative for the development of domestic players as well as in drawing international viewers. But, flooding the teams with more foreign players leads to homegrown players not getting match experience. With this proposed cap, FA seeks to balance out the amount of investment that clubs put into acquiring EU players.

What changes to player composition will it bring about?
The kneejerk reactions to this proposal have been to expect a huge drop in the quality of the league. But, the FA claims that despite the cap, the 25 member EPL teams will still be composed of 50% foreign players, which they say is more than enough.

Furthermore, this cap will also streamline the foreign player investments into acquiring top talent and setting aside the rest for developing domestic players. According to EU regulations, the free movement of people within the European Economic Area allows English premier league clubs to acquire any player from a European country they want. 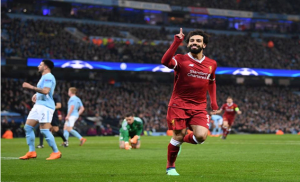 But, the rules for acquiring foreign players from African, Latin American, and Asian Countries are much stricter. Such prospective players have to play a certain number of international matches for a country ranked higher than 60. Apart from this, they also have to command a transfer fee that is higher than the Premier League average.

According to a study by Harvard University, if the same restrictions had been applied to EU players, then more than 50% of them signed on between 1992 and 2018 would not be able to pass through. The proposed cap comes with a bid to diversify the composition of the teams by removing any special preference given to players from EU countries. The 12-13 foreign players allowed in each team can then be from any country worldwide as long as the teams can afford them.

Teams that are Likely to be Affected
Some of the top-ranked teams in the EPL currently have the maximum EU player allocation allowed that is 17. Various other teams also have EU players numbering more than 13. It has been reported that English players make up less than 30% of the total players who have regular contracts with Premier League clubs for the 2018-19 season. The top-performing team from last season was Chelsea and only 6% of their games were played by English players. 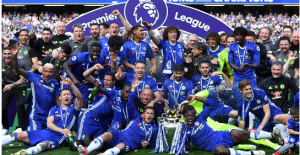 Looking at these stats it stands to reason that a reduction on the number of top foreign players they can employ will cause a drastic change to how their teams look. This might consequently drastically alter their performance and standings in the league. After all, in recent years English players have been increasingly dependent on foreign players.

Currently, two top-tier clubs such as Manchester City and Tottenham Hotspurs along with 3 other clubs have the maximum 17 foreign players in their roster. Additionally, five more top-tier teams including Chelsea and Liverpool have 16 overseas players. These teams will all have to adjust to the new player allocation cap in the coming seasons.

This rule change will allow clubs to focus more on investing into and developing homegrown talents rather than depending on importing players from outside the island. While fans and viewers might fear the effect such a cap will have on gameplay, any proposed changes will only come into effect after 2021. This gives every club to prepare in advance and start building up a roster of home players that they can draw from in the future if and when the cap comes into effect.

Chances of the Proposal passing through 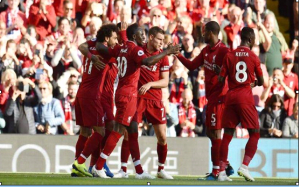 In a meeting with representatives from top clubs, the Chairman of the League rejected the proposal. But the FA with the backing of the Home Office has the authority and the power to enforce the cap anyway. In a bid to sweeten the deal, they have also offered to relax the criteria for acquiring overseas players from outside the EU making the playground even more.

This will introduce a fair market for the 12-13 foreign players that can be allocated to the first team. It will also necessitate that teams only acquire established EU talents who are already ready for a first team showing, rather than betting on promising players who may or may not pay off in the future. Instead, this will allow them to focus their energies with regards to talent development on domestic players while still attracting global audiences by employing the top talents from around the world.

Developing a roster of domestic players and then training them to be top quality Premier League players is a challenging task and will take a while. It is also a necessity if England is to fare better in the next World Cup than they have in past showings.