The Premier League has seen some of the biggest controversies and scandals in its history of 22 years. No matter whether it’s about infidelity, racism, or sexism, the league has every controversy that the world media can count on.

This top-tier English football competition is known for its high-rated clubs as well as players. Moreover, it’s one of the most watched leagues around the world. Even though such scandals at times hamper the football game, they provide distractions to spectators. In this article, we list the 5 biggest controversies of all time in the EPL.

1. John Terry Racism
In 2012, John Terry was punished owing to his racist remarks he made against Anton Ferdinand. This not only showed the racism prevalent in the game but also tarnished the player’s reputation. The police took him under investigation on November 1, 2011, after there was footage showing Terry mouthing “You f***ing black c**t” to Ferdinand while playing against Queens Park Rangers. 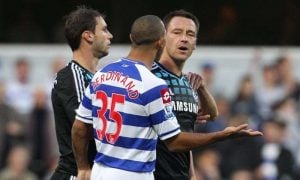 The player was charged with abusive behavior, including a reference to the color, race, or ethnic origin of the other player. Owing to this, the center-back player was banned for four matches with a fine of £220,000, which equaled his one week’s wages.

Even though racism was a big issue in sports in countries like Ukraine and Russia, it wasn’t so widely broadcast in England before this event. However, Terry’s racist remarks showed that still, some work needs to be done so as to avoid such abuses that can affect the league.

2. Match-fixing ring
In 2012, Claus Lundekvam, the former defender of Southampton, asserted that he and his teammates, along with rival captains would intentionally manipulate some match features in order to benefit financially. The retired defender said that he’s not proud of this, even though he made good money from this. 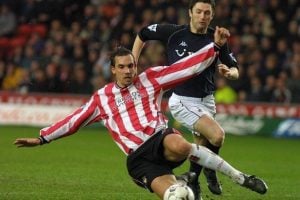 Lundekvam added that he did this almost every week, wherein he made deals with the opposing captain, such as who started with a penalty, a yellow card, and the ball, betting on the first corner and the first throw, etc. This match-fixing issue is still under investigation in the EPL, which might be affecting the league as well as the whole world football.

It was recently reported that a ring, which is stretching across the world, was earning profits from European football match-fixing. This has allegedly benefited Liverpool in the 2009 Champions League match with Debrecen. Interpol is still investigating this matter, which might expose shocking outcomes in the near future.

3. Wayne Rooney affair
In 2010, Rooney supposedly had sex with Jennifer Thompson, a prostitute, seven times in four months when Coleen, his wife, was expecting their first kid. Since Rooney was a popular player from his early teenage days in the English football, the media reported the matter with rage. 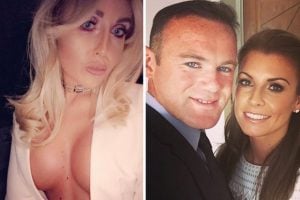 Wayne Rooney was once a golden child of England and one of the best football players in the nation. This incident affected the image of this Premier League star and shed light on the problems that a few English players have in keeping their personal lives clean as their managers want.

4. Andy Gary and Richard Keys sexist remarks
In recent times, female opportunity and equal rights for women in football have become popular debate topics in the football world. However, it seems that Richard Keys and Andy Gray don’t support these rights.

Gary and Keys were the EPL’s unofficial face and the main football presenters on Sky Sports for about 20 years. But, soon all of this changed in January 2011. This was when someone overheard the pair off the air about having concerns that a lineswoman was being involved in an EPL match. 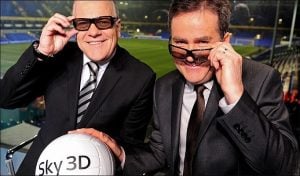 An off-air audio went viral, wherein the duo was disapproving the decision of including a female, Sian Massey. In addition, Keys stated “The game’s gone mad” in the video. They suggested that she might not know the rules.

Soon, there was more footage of the pair’s sexist remarks in the studio. Subsequently, Keys resigned and Gray was fired. Certainly, there is no place for such outdated views in the modern world. Currently, the pair talks on talkSPORT radio.

5. Ryan Giggs affair
Giggs was quite popular in the list of respected footballers in the English Premier League with an image of an honest family man. But, this was only before his involvement in a sex scandal came out in February 2012.

This was a major sex scandal in the history of the Premier League. After Giggs was exposed on Twitter, people knew that he was into a covered-up affair. This scandal went to the House of Parliament wherein it was exposed that Giggs was involved in many affairs. 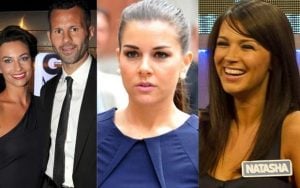 It was revealed that the Welshman had an extra-marital affair with Imogen Thomas, the Big Brother contestant and former Miss Wales, along with an affair of eight years with his brother’s wife, Natasha Giggs.

Not only this, but Giggs was also involved in a super-injunction, parliamentary privilege, and privacy controversial case in 2011. Since this case, the Manchester United player is primarily focusing on the pitch rather than other things.

So, these were some of the controversies in the English Premier League in its short history. These scandals have everything in them, ranging from racist and sexist remarks to sex scandals and match-fixing. And, these are not just small controversies like a player being drunk a night prior to a big game of Premier League. They are big time.