1. Alan Shearer
This player is the leading goal scorer of all-time in the EPL. Shearer has scored a total of 260 goals till now. He has played for Newcastle United and Blackburn Rovers clubs. Moreover, Shearer holds the record for scoring the maximum number of goals from the spot with a total of 56 penalties.

2. Cesc Fabregas
This player holds two Guinness World Records to his name. He has made the most number of volley passes within 30 seconds with 15 successful passes by a pair. His partner was Jamie Redknapp, the former Liverpool player.

Moreover, Fabregas also has his name in the Guinness World Records Book of 2019 for scoring 100 assists in the quickest time in the Premier League within 293 games. The Spaniard was last known for his record-breaking assist on December 31, 2016, in order to set-up Willian in a Chelsea vs. Stoke City match. The former won the match with a score of 4-2. 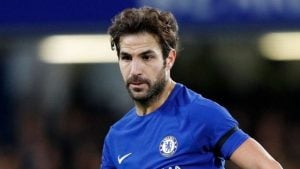 3. Eric Cantona
The player to score the very first Premier League hat-trick is Eric Cantona. The striker hit the famous treble on August 25, 1992, while he was playing for Leeds United against Tottenham Hotspur who lost with a score of 5 is to 0.

4. Frank Lampard
Even being a midfielder, Lampard has managed to score 177 goals. This is a huge number of goals for a non-striker. On the second position is Dwight Yorke, who has scored 123 goals as a midfielder.

5. Gareth Barry
The player with the maximum number of appearances in the Premier League is Gareth Barry. He has appeared a total of 653 times while playing for West Bromwich Albion, Everton, Manchester City, and Aston Villa. The player debuted when he was just 17 years old. Moreover, Barry has started 589 games, which gives him the record of a player with the Most starts in the league.

6. Harry Kane
Kane holds the record for the maximum number of goals in the EPL in a calendar year. He recorded his name in the Premier League history in 2017, when he scored 39 goals for Tottenham Hotspur. 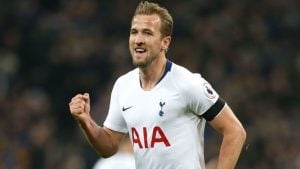 7. Mario Balotelli
Even after 90 appearances in the league, Balotelli has only one assist to his name. However, this assist helped Sergio Aguero to win the title in the last few seconds of a match played in the 2011/12 season against QPR (Queens Parks Rangers). This goal, which is considered as one of the best assists, made Manchester City won its very first title in a span of 44 years.

8. Mohammed Salah
Salah scored the maximum number of goals in a 32 game season of the league. He scored 32 goals in the 2017/18 season of the English Premier League.

9. Peter Schmeichel
Schmeichel is the first goalkeeper in the EPL who has netted a goal. He found the net’s back for Aston Villa that lost the match against Everton with a score of 3-2 in 2001. When Villa was chasing a score of 3 is to 1, Schmeichel stepped forward for a corner and hit the goal in order to minimize the defeating score deficit.

10. Petr Cech
The player who has got the maximum number of clean sheets in the league is Czech Republic stopper, Petr Cech. He has a record of holding 201 clean sheets for Chelsea (2004-2015) and Arsenal. The 34-year-old transitioned from a striker to a goalkeeper while playing in the top division of the English football. 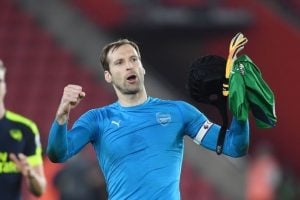 12. Sadio Mane
Sadio Mane has the record of making the quickest hat-trick in the history of EPL. The Senegalese forward netted three goals for Southampton club again Aston Villa in the 2014/15 football season of the EPL. The player made this hat-trick within a timeframe of two minutes and 56 seconds.

The earlier record was within four minutes and 33 seconds in 1994, which was made by Robbie Fowler who played for Liverpool against Arsenal. Mane broke the previous record by one minute and 37 seconds. 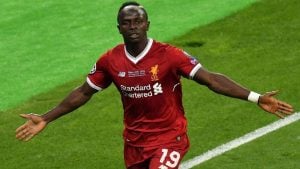 So, these are the 12 players who’ve made records to their name in the English Premier League. Did you know about all these football players’ records? I bet you wouldn’t know about each and every player on this list. Well, you know them now! You can now brag this knowledge in your friend circle.