League members: UEFA has 54 member countries from all over Europe; 32 European football clubs compete in the tournament every year.
Formed in: 1955
Club with most victories in the League: Real Madrid
Greatest scorers in the League: Lionel Messi, Cristiano Ronaldo
UEFA Champions League, or simply "the Champions League", is an annual competition between the top-division European football clubs, organized by UEFA (Union of European Football Associations). 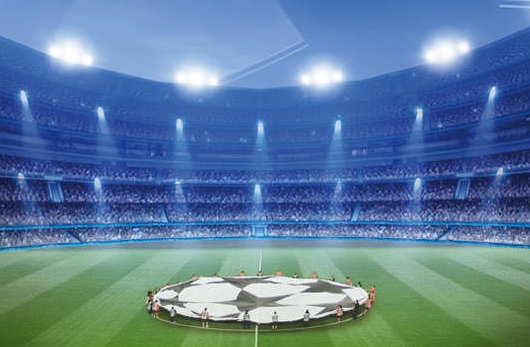 Latest Ticket Bookings
26/11/2022 23:33 Cristiane M from Brazil booked 3 tickets to Tottenham Vs Brighton FC26/11/2022 22:59 Anthony K from Ireland booked 2 tickets to Manchester United Vs Everton26/11/2022 21:22 Philip R from United Kingdom booked 2 tickets to Arsenal Vs Brentford26/11/2022 18:58 Karizza G from United States booked 2 tickets to Arsenal Vs Chelsea 26/11/2022 18:19 Heather L from United States booked 5 tickets to Chelsea Vs Bournemouth
Latest News
13/11/2022 10 Biggest Premier League Football Rivalries | Ticketgum
Football derbies are one of the things that makes the Premier League the best in the world. Games such as Man United vs Liverpool, Tottenham vs Arsenal and Live...26/10/2022 How To Spot Fake Football Tickets: A Guide
Unfortunately, online ticket fraud is becoming increasingly popular. While some tickets may be genuine, many are fake. In fact, over the course of the season, a...18/10/2022 The Most Competitive of the Top 5 European Leagues in the Last Decade
Which is the best league? What is the most competitive league in Europe? It is a debate that rages on through many matchdays and drinking sessions down at the p...10/10/2022 THESE World Famous Goals earn THOUSANDS on YouTube!
Let’s be real, watching your favourite team scoring goals is the best part of the beautiful game. We all know that feeling of pure elation when your team scor...29/09/2022 The Premier League has the most loyal players in Europe
The idea of loyalty in football is seen as being something of the past, considering the game is a lot more “money” orientated, meaning players are a...

The European Champion Clubs’ Cup was formed in 1955 – also known as the European Cup – becoming the first European tournament and one of the most prestigious tournaments in the world. The league was rebranded to the Champions League in 1992, organised by the Union of European Football Associations (UEFA), hence the common abbreviation “UCL”.

Prior to 1992, the league was initially a straight knockout tournament, open only to the champion club of each national championship. However, during the rebrand in the late 1900s, a round-robin group stage was introduced, allowing multiple entrants from certain countries – the strongest leagues provide up to 5 teams.

Clubs that finish next-in-line in their national league, having not qualified for the Champions League, are eligible for the second-tier UEFA Europa League competition instead.

How to Buy Champions League Tickets on Ticketgum

To buy tickets for a UEFA Champions League game, do the following: