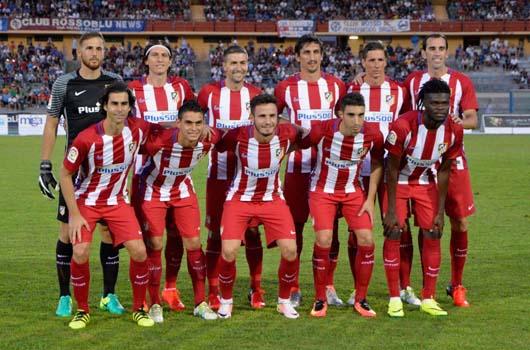 Atlético Madrid football club, more commonly known as Real Madrid, are a professional football club based in Madrid, Spain. They are most famous for their presence in the La Liga and Champions League and being one of the most successful and popular teams in the world.

Atlético Madrid was founded in 1903 as Athletic Club de Madrid, by Basque students living in Madrid, with the intent of making it a youth branch of Athletic Bilbao. In 1921, it became independent of Athletic Bilbao, and became Atlético Madrid as we know it today. That same year, Atlético Madrid won the regional championship for the first time and were a runner-up for the Copa del Rey - a huge achievement for a team in their infancy. However, things went downhill during the 1920s and 1930s, when the team were repeatedly relegated to the Segunda División (Second Division) and returned to the Primera División (First Division).

However, the late 1970s until the mid-eighties were a dry period for the team. In 1984-85 the team won the Copa del Rey, and the Spanish Super Cup the following season; it won the Copa del Rey twice more in 1990-91 and 1991-92. The team gained another victory as it won both the Spanish Cup and the Copa del Rey in 1995-96. Unfortunately, the next several years were marked by turmoil as club president Jésus Gil y Gil and board members were suspended due to a financial investigation; the club's performance plummeted, and it was relegated to the Segunda División, where it spent two seasons until 2002.

What is Atlético Madrid's Most Successful Period?

How to Buy Atlético Madrid Tickets on Ticketgum

To buy tickets for an Atlético Madrid game, do the following: