Ticketgum.com welcomes you into the world of sport. Ordering your Marseille tickets is only a few clicks away. We have saved you the best seats in the house, so you can cheer along with all the loyal fans of Marseille at the stadium. Our Secure booking process, low tickets prices, and highly trained customer service staff, will make your journey to the match feel easy, safe and pleasant.
* Book Official Marseille Tickets Now!
* Marseille Tickets Have High Demand, Don't Miss The Opportunity.
* Marseille Tickets Are 100% Guaranteed. 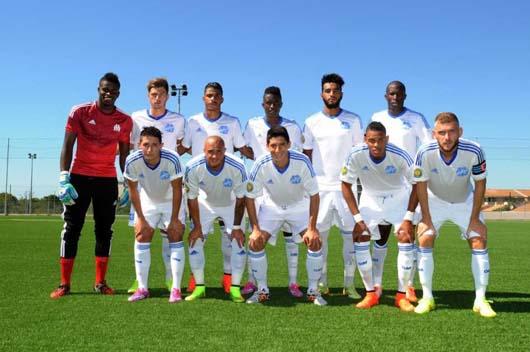 Olympique de Marseille, also known as l'OM  or simply Marseille, was founded in 1899. The club plays in Ligue 1 and has spent most of their history in the top tier of French football. Marseille have been French champions ten times (nine times in Ligue 1) and have won the Coupe de France a record ten times. In1993, the club became the first and only French club to win the UEFA Champions League. In 1994, Marseille were relegated because of a bribery scandal, losing their domestic trophy, but not the UEFA Champions League title. In 2010, Marseille became French champions again, under the stewardship of former club captain Didier Deschamps.
Marseille's home ground is the 67,000-person-capacity Stade Vélodrome located in the southern part of the city, where they have played since 1937. The Stade Vélodrome is renowned for its lively atmosphere. The club has a large fan-base having regularly averaged the highest all-time attendance in French football. Marseille's average home gate for the 2008–09 season was 52,276, the highest in Ligue 1. The stadium underwent renovation in 2011, going from its previous capacity of 60,031 to 42,000. Following completion in August 2014, the final capacity will be 67,000 ahead of France's hosting of UEFA Euro 2016. The club is sixteenth globally in terms of annual revenue, generating €135.7 million in 2012.
In 1997, Marseille was purchased by Franco-Swiss businessman Robert Louis-Dreyfus. Following the death of Louis-Dreyfus, his widow Margarita became the club's majority shareholder in 2010.

"I am first of all from Castellane and Marseille."

The price of the ticket which you see on our website is the final price of this ticket, including tax and service fee. All tickets are available for purchase right now. To guarantee your Marseille san germen tickets, you just have to fill the purchase order online. So, enjoy the game and chase your dreams!