Ticketgum.com welcomes you into the world of sport. Ordering your UEFA Super Cup tickets is only a few clicks away. We have saved you the best seats in the house, so you can cheer along with all the loyal fans of UEFA Super Cup at the stadium. Our Secure booking process, low tickets prices, and highly trained customer service staff, will make your journey to the match feel easy, safe and pleasant. 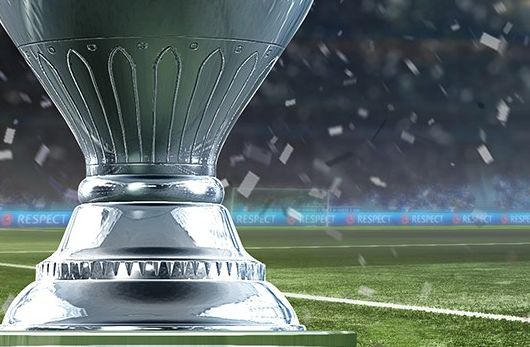 The UEFA Super Cup is an annual football match organized by UEFA and contested by the reigning champions of the two main European club competitions, the UEFA Champions League and the UEFA Europa League. It takes place at the start of the domestic season, in mid-August, normally on a Tuesday.

The current holders are Spanish club Real Madrid, who won 2–0 against Sevilla in 2014. The most successful team in the competition is Italian side Milan, who have won the trophy five times.