Ticketgum.com welcomes you into the world of sport. Ordering your Valencia tickets is only a few clicks away. We have saved you the best seats in the house, so you can cheer along with all the loyal fans of Valencia at the stadium. Our Secure booking process, low tickets prices, and highly trained customer service staff, will make your journey to the match feel easy, safe and pleasant.
* Book Official Valencia Tickets Now!
* Valencia Tickets Have High Demand, Don't Miss The Opportunity.
* Valencia Tickets Are 100% Guaranteed. 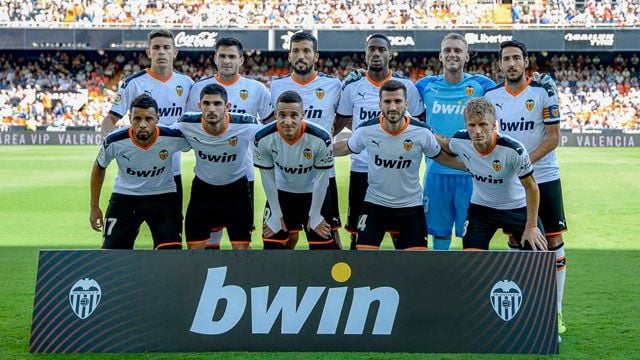 All Events Home Events Away Events
Latest Ticket Bookings
26/09/2022 19:03 Lerisha P from South Africa booked 3 tickets to Arsenal Vs West Ham United26/09/2022 18:34 Shauna F from Netherlands booked 2 tickets to Arsenal Vs Bournemouth26/09/2022 18:14 Tomasz M from Ireland booked 2 tickets to Liverpool Vs Leicester City26/09/2022 17:37 Veeratham S from Thailand booked 5 tickets to Tottenham Vs Everton26/09/2022 17:21 Eulalia E from Spain booked 4 tickets to Manchester City Vs Everton
Latest News
13/07/2022 10 Biggest Premier League Football Rivalries | Ticketgum
Football derbies are one of the things that makes the Premier League the best in the world. Games such as Man United vs Liverpool, Tottenham vs Arsenal and Live...26/02/2020 How To Spot Fake Football Tickets: A Guide
Unfortunately, online ticket fraud is becoming increasingly popular. While some tickets may be genuine, many are fake. In fact, over the course of the season, a...10/02/2020 THESE World Famous Goals earn THOUSANDS on YouTube!
Let’s be real, watching your favourite team scoring goals is the best part of the beautiful game. We all know that feeling of pure elation when your team scor...31/01/2020 The Premier League has the most loyal players in Europe
The idea of loyalty in football is seen as being something of the past, considering the game is a lot more “money” orientated, meaning players are a...15/01/2020 The Most Competitive of the Top 5 European Leagues in the Last Decade
Which is the best league? What is the most competitive league in Europe? It is a debate that rages on through many matchdays and drinking sessions down at the p...

Valencia Club de Fútbol, also known as Valencia CF, Valencia or Los Che) Valencia was founded in 1919 and has played their home games at the 55,000-seater Mestalla since 1923. They were due to move into the new 75,000-seater Nou Mestalla in the north-west of the city in 2013, but the final move date has been postponed while the stadium is still being built. Valencia have a long-standing rivalry with Levante UD, also located in the City of Valencia, and with two others club in the Valencian Community region,Hércules CF and CD Castellón.
Valencia C.F is one of the most successful and biggest clubs in Spanish football and European football. Valencia have won six La Liga titles, seven Copa del Rey trophies, two Fairs Cups (which was the predecessor to the UEFA Cup), one UEFA Cup, one UEFA Cup Winners' Cup, and two UEFA Super Cups. They also reached two UEFA Champions League finals in a row, losing to La Liga rivals Real Madrid in 2000 and then to German club Bayern Munich on penalties after a 1–1draw in 2001. Valencia was also members of the G-14 group of leading European football clubs. In total, Valencia has reached seven major European finals, winning four of them.
In the all-time La Liga table, Valencia is in third position behind Real Madrid and FC Barcelona. In terms of continental titles, Valencia is again the third-most successful behind the two.
Valencia is the third most supported football club in Spain, behind heavyweights Real Madrid and FC Barcelona. It is also one of the biggest clubs in the world in terms of number of associates (registered paying supporters), with more than 50,000 season ticket holders and another 20,000+ season ticket holders on the waiting list, who can be accommodated in the new 75,000-seater stadium.

"There aren't words to explain tonight, this match. Thanks to God, this match has gone so well for us. Now we have to prepare well and go on. We have to enjoy this moment. Hopefully we can lift the trophy."


Ticketgum has no hidden fees

The price of the ticket which you see on our website is the final price of this ticket, including tax and service fee. All tickets are available for purchase right now. To guarantee your Valencia tickets, you just have to fill the purchase order online. So, enjoy the game and chase your dreams!