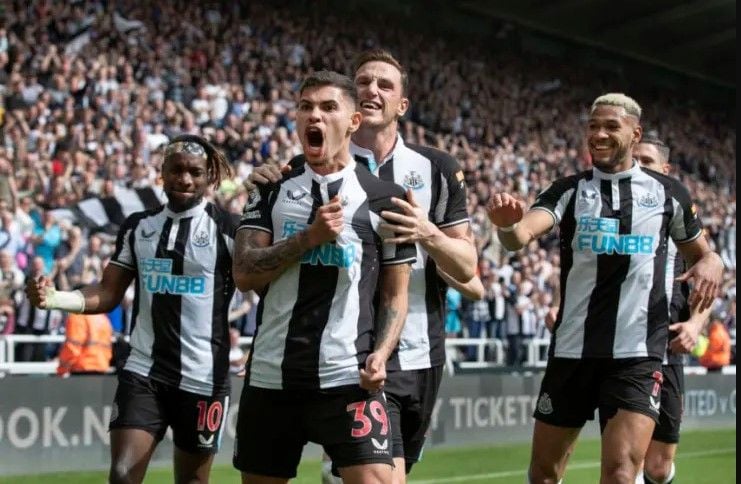 Newcastle United are an English professional football club, based in Newcastle upon Tyne in North East England, and are a regular opponent in the Premier League - the top-flight league in England. The team are often known as ‎"The Magpies", but the fans are also known as the "Geordies" or the "Toon Army".

Newcastle United was officially formed in 1892 through a club merger of Newcastle East End and Newcastle West End. In their first years, Newcastle played in the Northern League before joining the Second Division. They progressed into the top-tier First Division in 1899 - seven years after formation.

Between 1903-04 and 1913-14, the club was held in high regard for their good players and artistic play. During this time, the club won the Northern League three consecutive times, and the FA Cup for the first time. The club went on to win two more FA Cups in 1924 and 1931 but were relegated to the Second Division in 1933-34.

Over the next few years, the club was turbulent, yo-yoing from Second and First Division. The Second World War was over, Newcastle once again returned to the First Division and won the FA Cup three more times in the space of five years (1951, 1952 and 1955). However, after their last Cup win, the club were relegated again in 1961, before returning again in 1964-65 after winning the Second Division. In the 1974-75 season, they were again relegated to the Second Division again in 1977-78.

The club appointed a new manager, Arthur Cox, in 1983-84, and managed to bring the club back to its feet. But in the years to follow, several key players were sold, which again led to the club's relegation in 1989. With a new manager, Kevin Keegan, who brought in new players, the club won the First Division Championship in 1992-93, and entered the newly formed Premier League (1992).

Despite Keegan's success in turning Newcastle United into one of England's biggest clubs and bringing in the legendary Alan Shearer in 1996, the late 1990s were problematic for the team. In 1999-2000, the club reached the bottom of the table. Following this, the early 2000s were quite rocky for the club and managers were frequently replaced until the club was relegated to the Football League Championship in 2008-09 - the first time since it joined the Premier League in 1993.

Things began to look up in 2009-2010, when Chris Hughton led the club to a League Championship victory, resulting in the club re-joining the Premier League. After a good run in the top-flight league, the team just escaping relegation twice (2012-13 and 2014-15) before being relegated in 2015-16. It wasn't until the appointment of Rafael “Rafa” Benítez in 2016 that things looked up for the club. They won the Championship title and returned to the Premier League again, finishing 10th in the league - their highest finish in four years!

What is Newcastle United's Most Successful Period?

Newcastle United's most successful period was undoubtably between 1904 and 1910. During this time, the team won three of their First Division titles in a row, as well as their first ever FA Cup title.

How to Buy Newcastle United Tickets on Ticketgum?

To buy tickets for a Newcastle United game, do the following: