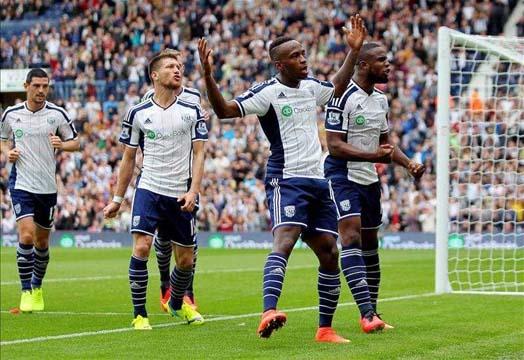 Latest Ticket Bookings
26/09/2022 19:03 Lerisha P from South Africa booked 3 tickets to Arsenal Vs West Ham United26/09/2022 18:34 Shauna F from Netherlands booked 2 tickets to Arsenal Vs Bournemouth26/09/2022 18:14 Tomasz M from Ireland booked 2 tickets to Liverpool Vs Leicester City26/09/2022 17:37 Veeratham S from Thailand booked 5 tickets to Tottenham Vs Everton26/09/2022 17:21 Eulalia E from Spain booked 4 tickets to Manchester City Vs Everton
Latest News
13/07/2022 10 Biggest Premier League Football Rivalries | Ticketgum
Football derbies are one of the things that makes the Premier League the best in the world. Games such as Man United vs Liverpool, Tottenham vs Arsenal and Live...26/02/2020 How To Spot Fake Football Tickets: A Guide
Unfortunately, online ticket fraud is becoming increasingly popular. While some tickets may be genuine, many are fake. In fact, over the course of the season, a...10/02/2020 THESE World Famous Goals earn THOUSANDS on YouTube!
Let’s be real, watching your favourite team scoring goals is the best part of the beautiful game. We all know that feeling of pure elation when your team scor...31/01/2020 The Premier League has the most loyal players in Europe
The idea of loyalty in football is seen as being something of the past, considering the game is a lot more “money” orientated, meaning players are a...15/01/2020 The Most Competitive of the Top 5 European Leagues in the Last Decade
Which is the best league? What is the most competitive league in Europe? It is a debate that rages on through many matchdays and drinking sessions down at the p...

West Bromwich is an English football club based in West Bromwich. It was formed in 1878 as West Bromwich Strollers by employees of George Salter's Spring Works, a houseware factory in West Bromwich. The club changed its name to West Bromwich Albion in 1880 as many of its players came from the Albion district in West Bromwich. After winning several local competitions, the club joined the Football Association in 1883, and became professional in 1885. In 1888 the club was one of the founding members of the Football League. In 1919-20 West Bromwich Albion won the League title for the first (and only) time in its career. In 1930-31 the club won a "double" – promotion as well as the FA Cup, a marvelous achievement. In 1953-54 they almost won a League and Cup double, but in the end only succeeded in winning the FA Cup. However, their fluent and attacking-centered style of playing made them famous and they remained very successful throughout the 1950s. In 1978-79 the club reached the UEFA Cup quarter-final, but was defeated by Red Star Belgrade. The years 1985-2000 were spent outside the top flight, but in 2001-02 they were promoted to the Premier League under the guidance of new manager Gary Megson. The following years the club met with mixed luck as it was relegated and promoted several times. Today the club is ranked 13th on the Premier League.

West Bromwich Albion have not won any titles in Europe.

The club's most successful period was the 1950s and 1960s, during which they have won the FA Cup twice, the Football League Cup once and the FA Charity Shield once. During that period they became famous for their playing tactics and in 1953-54 were referred to as "the Team of the Century".

How to Buy West Bromwich Albion Tickets on Ticketgum

To buy tickets for a West Bromwich Albion game, do the following: