This weekend we saw Liverpool host Manchester United. Before the clash of the two teams on Sunday, December 16th, many people are debating as to who will win, whether Liverpool or Manchester United. The competition between these two football clubs has been heated up for a long time. Moreover, their rivalry has resulted in some of the greatest Premier League game seasons.

But, who will win this time? Do you know how these two Premier League teams compare with each other this season in terms of their styles and stats? If no, then this article is certainly for you.

Scores and Ranking
Liverpool is the form team now. They topped the Premier League chart when they jumped Manchester City with a winning score of 4 to 0 at Bournemouth on Saturday. This was their fourth consecutive victory in the Premier League.

On the other hand, Manchester United has had a hard time this season. They have chased their rivals by 16 points. However, they managed to make a comeback in their scores when they won over Fulham with a score of 4 to 0.

Liverpool has maintained its position in the top three from the time of the opening weekend with a top spot in six match days out of a total of 16; whereas Manchester United was very low at the 14th position at the beginning of the campaign. They, however, came into the top six spots for the very first time this season when they defeated Fulham, thus ending a run of four games without any win. 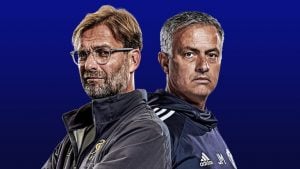 Defense and Attack System
Even though presently there is a lot of difference in both the team’s stats in the Premier League, the clubs are quite in line in front of the goal, with Liverpool winning six times more. Liverpool is also more liable to thread balls via defenses, Sadio Mane and Mohammed Salah, and thus pose a more aerial threat. This might come as a surprise for Jose Mourinho’s men, seeing their physicality and height.

Both the teams are quite similar in their attack and the defensive troubles of Manchester United. David de Gea has faced almost twice the shots as faced by Alisson, the Liverpool stopper.

Formations
Both the team managers have made major changes in their formations this Premier League season. Where Jurgen Klopp follows his preferred system of 4-3-3 while using a system of 4-2-3-1 more often, Jose Mourinho has changed the formation from 4-2-3-1 to 4-3-3.

Both the football clubs have their own activity hotspots in the field. However, the Reds (Liverpool) take more amount of touches in the central defense area, which shows that they are quite patient in their approach in the midfield. 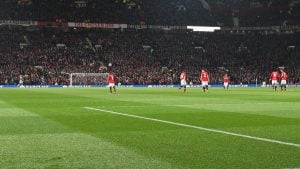 Goalkeepers David de Gea and Alisson are the only players who have played every minute in this season for their clubs, Manchester United and Liverpool respectively. But, in general, Jose Mourinho has shuffled his team more frequently.

The absolute top scorers last season in the Premier League for their respective teams were Salah and Romelu Lukaku, even though this season both teams have a broader source of goals. This time too, Salah is on the top of both the sides by scoring 14 goals, which augmented with his hat-trick at Bournemouth. Next comes Anthony Martial of Manchester United with seven. His teammate Lukaku and Sadio Mane have a tie on six.

Manchester United scored 3 to 0 within half-time. This was for the first time they did so in a Premier League game since September 2016. Even though Manchester United is still eight points less to reach the top four, Jose Mourinho has finally got a way to get results with high-intensity and fluid football games. 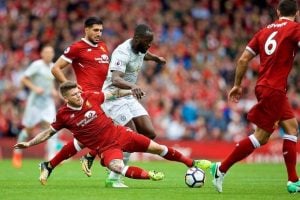 Liverpool and Manchester United are the two most successful clubs in England. And, these two clubs are facing each other at Old Trafford on Sunday. Both the club managers don’t want to lose this match. So, who knows which legendary team will come out on top this time? It’s better to just wait for the showdown on December 16th between Manchester United and Liverpool. And, if you know who might win this time, you can let us know by leaving your thoughts in the comment section below.