The idea of loyalty in football is seen as being something of the past, considering the game is a lot more “money” orientated, meaning players are always willing to move for more money. 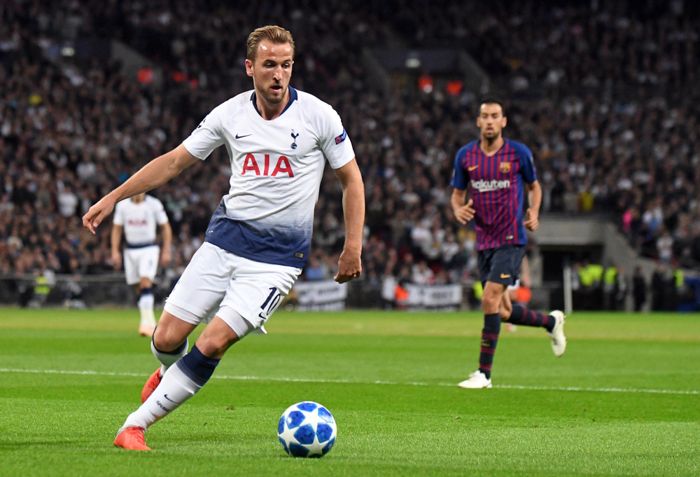 Manchester United lost their crown of having the most loyal players, as found in our 2017 study, to North Londoners Tottenham Hotspur whose players stay for an average of 49.3 months – no doubt with thanks to young youth players like Harry Kane, and the lack of signings.

However Spurs’ fierce rivals Arsenal are at the other end of the table, finishing second bottom with an average of 21 months. Manchester City find themselves second with an average of 42 months, meaning Spurs top the table by 7.3 months. In 2017, as mentioned, Manchester United were first but have now dropped to sixth with 36.4 months on average.

Only Aston Villa have a lower average with a meagre 14.9 months. Other newly promoted sides, Sheffield United and Norwich were 14th and 18th with 26.1 and 21.9 months respectively. This season’s champions elect Liverpool made it fifth in the list, with reduced transfer activity in the summer, clearly loyalty on Merseyside is paying off with their results and unbelievable form which will no doubt bring a first league title in 30 years. 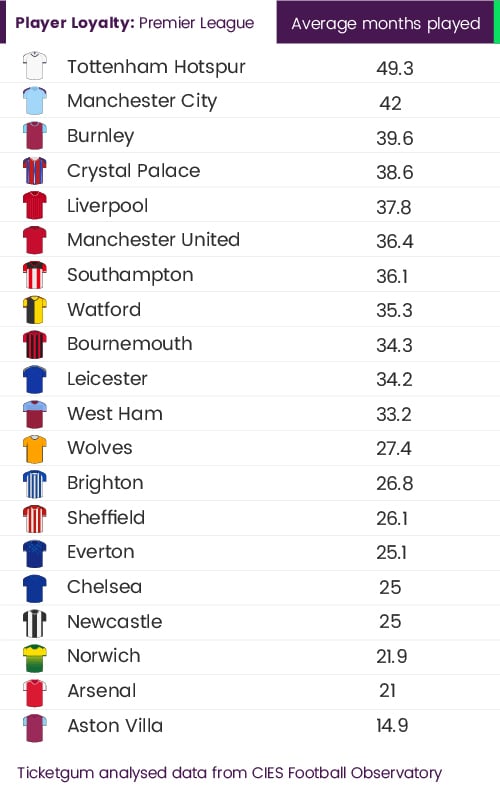 The Most Loyal Scottish League Club

When looking at the Scottish Premiership, we found the team with the most loyal players in Scotland were current champions Celtic, with their players spending an average of 42.1 months in the first team. Celtic also beat Hibernian to the top spot by just 2.7 months. Interestingly the hoops’ fierce ‘old firm’ rivals Rangers ranked 7th out of 12, with only 17.5 months. The least loyal players in the Premiership played for St Mirren FC, staying in the first team for only 13.1 months, 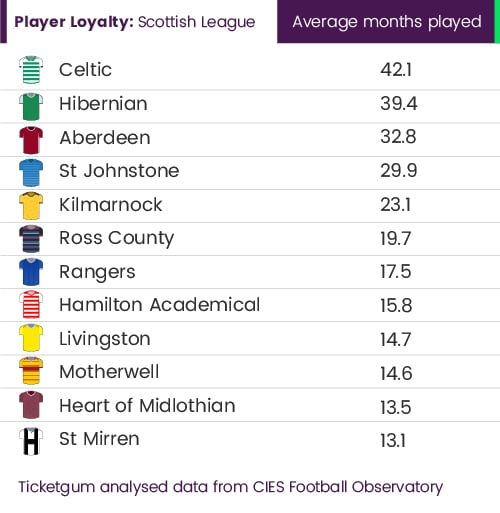 The Most Loyal European Countries

Real Madrid are the side with the most loyal players in Europe, with players spending 66.8 months at the Bernabeu on average. They’re closely followed by their ‘El Clasico’ rivals Barcelona, whose players stay for around 60.6 months; a figure definitely inflated by one club man, and Ballon d’Or winner Lionel Messi who is in his 16th season for las blaugranes. Elsewhere on the continent Cypriot side Gil Vicente are the lowest ranking side in Europe with an average of 3.5 months. 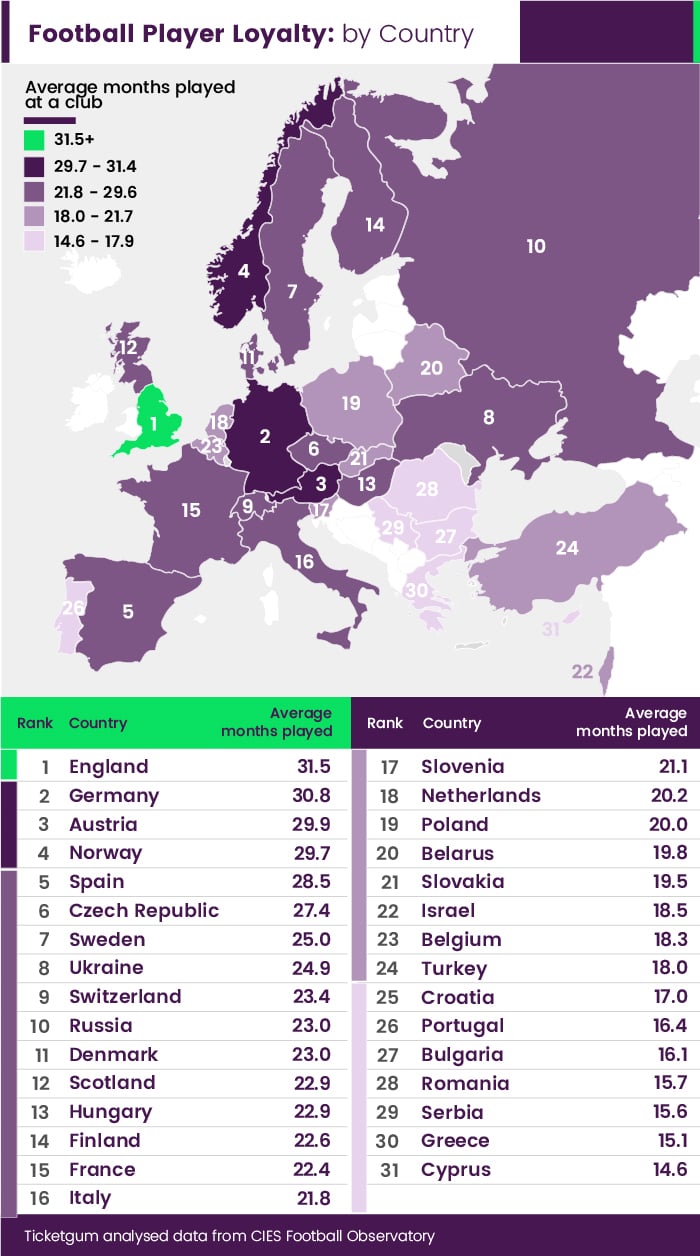 In terms of leagues, the Premier League had the highest loyalty figures, whilst Germany’s Bundesliga was a very close second with 30.8 months. Cyprus was the worst ranked league with only 14.6 months of loyalty from players. Elsewhere in the top five, Spain came sixth with 28.5 months on average, whilst France and Italy were a tight 15th and 16th with an average of 22.4 and 21.8.