How Much Did Premier League Goalkeepers Earn for EVERY Goal They Conceded Last Season?

With the Premier League well underway, it can be a frustrating time for both clubs and fans. With money becoming tighter for nearly three quarters of English Football League sides, goals being consistently conceded and the threat of relegation, there is worry across the board.

As a result, cheap football ticket website TicketGum wanted to identify which goalkeeper has earnt the most from their club per conceded goal during the 2018/19 Premier League season.

After looking at data from all 38 goalkeepers who made appearances in last season’s tournament, TicketGum discovered which teams spent the most in total by looking at two factors:

Which Individual Players Earnt the Most? 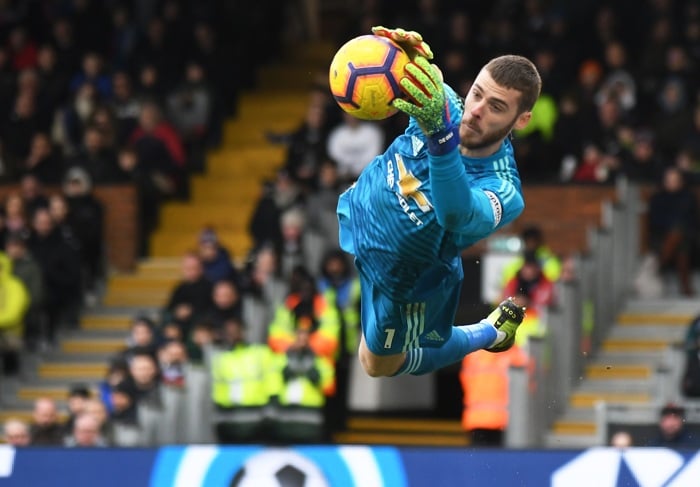 At the top of the table is David de Gea, who plays for Manchester United. The club paid him an estimated £3,190,909.09 for all the goals he conceded last season. Although he made 122 saves, his team still finished seventh in the table – partially due to the 54 goals he allowed throughout his 38 appearances. 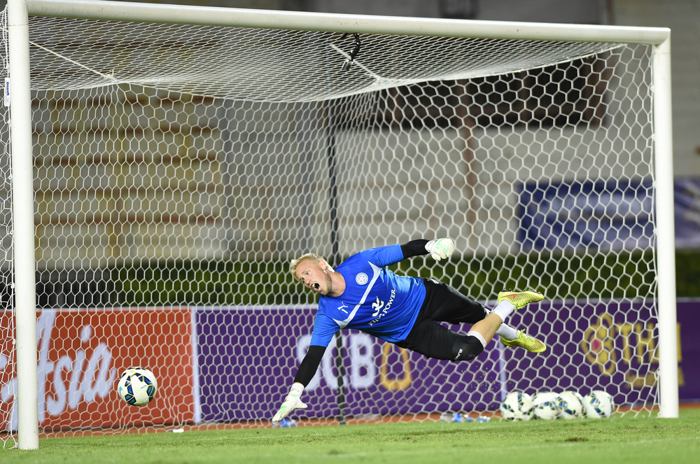 Taking bronze is Kasper Schmeichel, who represented Leicester City. In total, he sacrificed 48 goals which resulted in total earnings of £2,351.304.35 throughout the season. With an estimated annual salary of £6.76million, every goal he let in earnt him £48,985.51. Meaning for the 38 appearances he racked up a huge earning too.

Next up, earning a grand total of £1,820,000 for the three goals he conceded, was Southampton’s Fraser Forster. Despite only appearing once for Southampton FC and saving three goals during the competition, he still earnt a huge salary of £3.64million annually.

Despite the goalkeepers who conceded zero goals (John Ruddy, Will Norris and Willy Caballero), at the bottom of the table was Bournemouth’s up-and-coming goalkeeper Mark Travers. In 2018/19 he earnt millions less than those at the top, with a salary of £29,000. By only appearing twice for Bournemouth, he earnt a total of £10,357.15 for the five goals he surrendered. 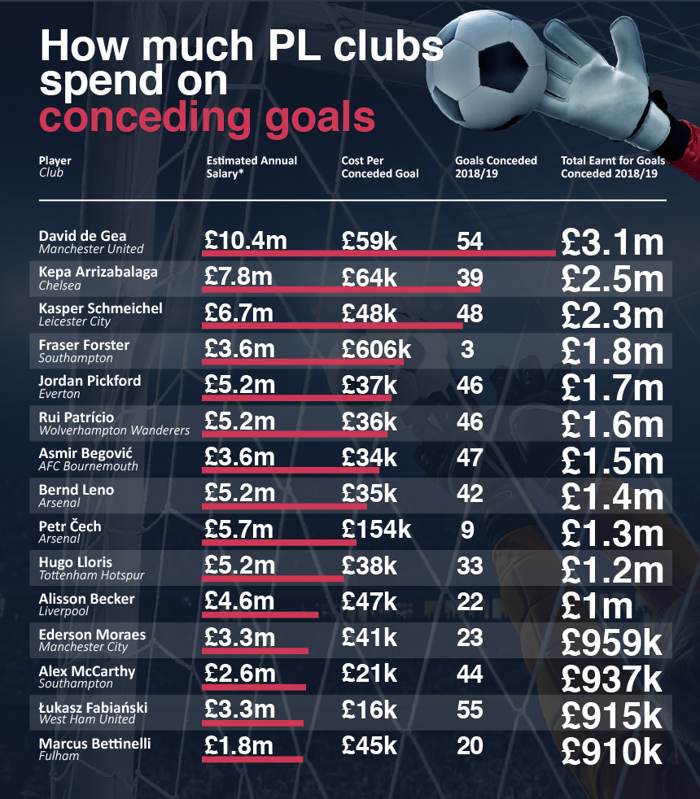 Which Club Spent the Most?

With such a huge difference in every clubs’ budget, it’s no surprise that there were millions of pounds between each Premier League side.

At the top of the table is Southampton! They paid their goalkeepers (Fraser Foster, Alex McCarthy and Angus Gunn) the most out of any team in the Premier League for conceding in goals, setting the club back an enormous £3,491,822.57.

And finally, at the bottom of the table is relegated Cardiff City who spent £333,500 on Neil Etheridge’s 69 conceded goals last season – which could have played a part in their move down to the Championship. 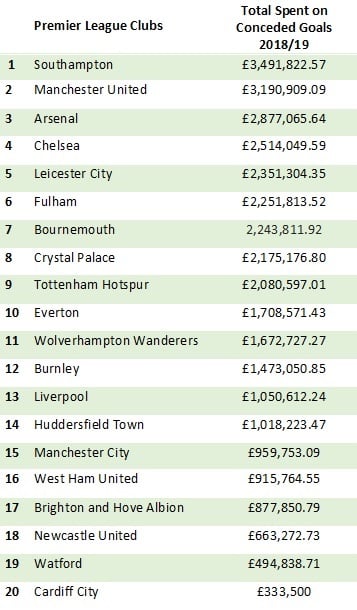 You may also like: 12 Premier League stars with amazing records